Academy Award Nominees
Back to Index

The Academy failed to nominate any women for Best Director again this year and yet there is still a lot to celebrate including a Best Documentary Feature nomination for Fire of Love, written and directed by Film Fatales member Sara Dosa and a Best Documentary Short nomination for The Martha Mitchell Effect directed by Film Fatales members Anne Alvergue and Debra McClutchy.

We are also excited about the Best Picture and Best Adapted Screenplay nominations for Women Talking, written and directed by Sarah Polley, the Best Documentary Feature nod for All the Beauty and the Bloodshed directed by Laura Poitras, and the Best Animated Feature nod for Seeing Red, written and directed by Domee Shi. Mandy Walker also became the third woman ever nominated for Best Cinematograper for Elvis. In front of the camera it's great to see Michelle Yeoh get recognized with a Best Lead Actress nomination for Everything Everywhere All At Once, alongside six other nominations for actors of color this year across multiple categories. Onwards! 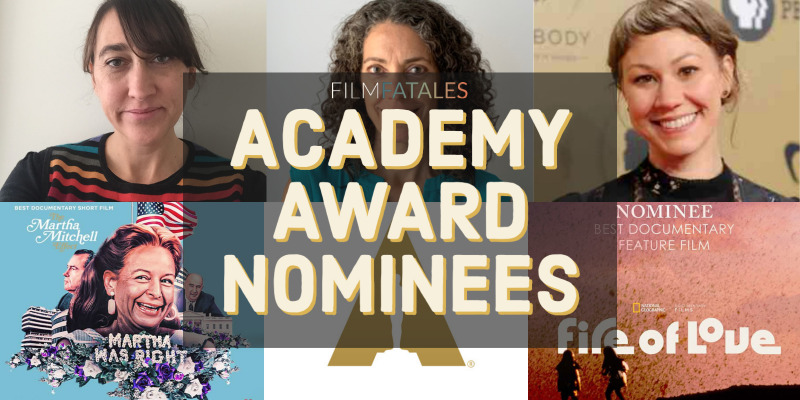